Migration is not a crime. Nevertheless, the detention of undocumented migrants and out-of- procedure refugees had become commonplace in the Netherlands – as it has in other EU countries. Immigration detention has a deep negative effect on individuals and families. It has a profound impact on the physical and mental health on the detained and on their relatives and friends outside. The most experienced mental health problems are depression, anxiety and post-traumatic stress disorder (PTSD) and the longer the detention continues, the longer lasting the implications will be. The regular use of isolation and solitary confinement is a serious risk factor for long lasting mental health damage, so is the use of segregation units.

Testimony of Kofi, migrant in the Netherland: 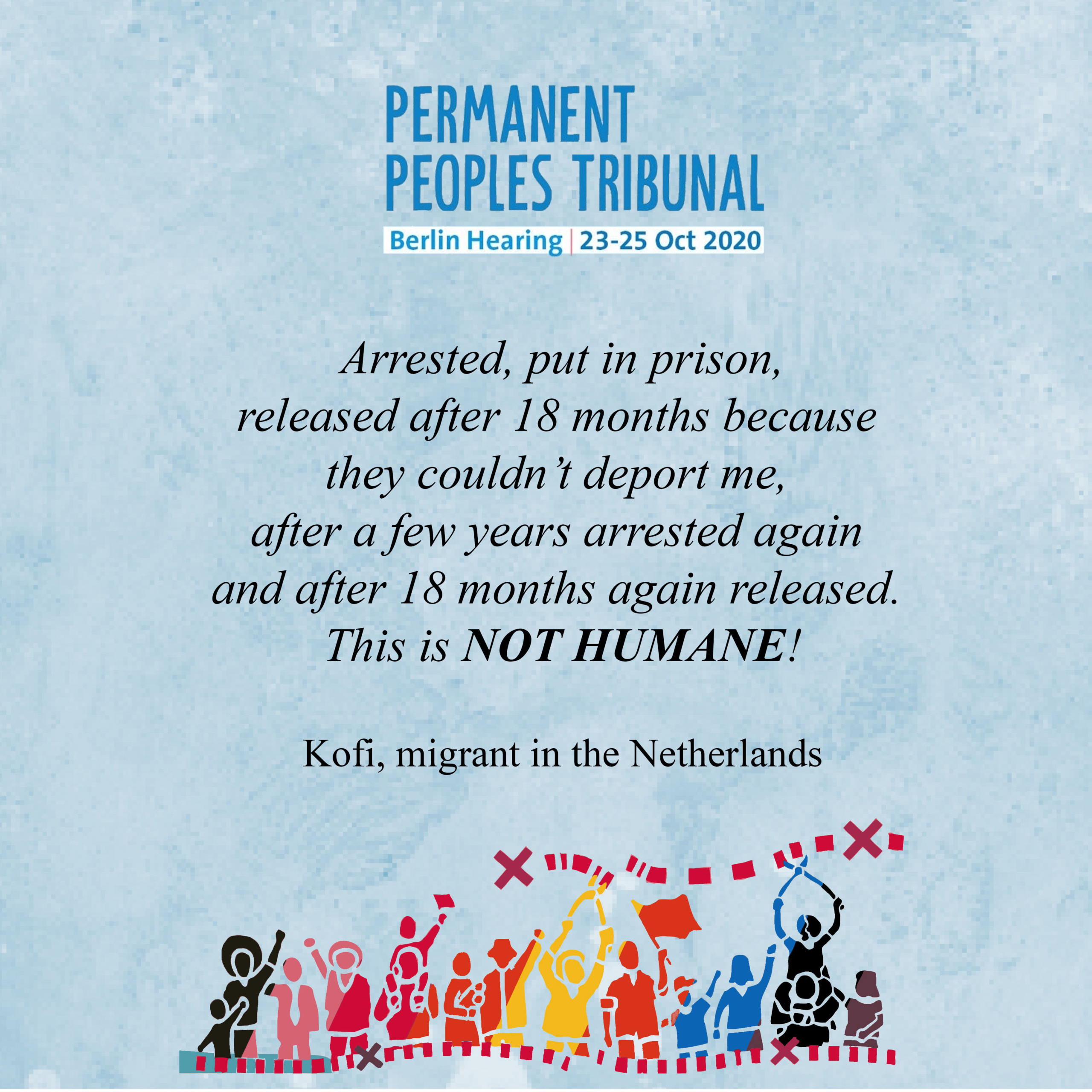 Furthermore, next to the direct impact on mental and physical well being, detention is often associated with the additional stigma and narrative of being “criminal” – both by those who experience unjust detention and in the public perception.

In case of children in detention: in principle that is not allowed in the Netherlands. For the purpose of deportation, children and their family are detained in so called “closed family facilities”. Families have their own living units, where they can cook for themselves and there are activities for the children. However – there is a closed fence around the facility. The families are often moved to other facilities, there is no privacy and there are hardly any care to deal with the traumatic experiences.

Deportations occurs early in the morning, what is particularly for the children extremely stressful and traumatic: they are lying awake in anticipation will this be the day that they will be deported. And every day they are missing friends that were deported in the morning.