There is a widespread perception that undocumented migrant and refugee children are particularly vulnerable to trauma – including the trauma of being “unaccompanied” on their migrant or refugee journey. It is also recognised that detention and confinement in prison or detention centres or in locked-in camps is particularly devastating for children. However, this practice has become “normalised”. In the many instances of arrival in or deportation from Europe, including the Netherlands.

Undocumented Children and Youth and Access to Health Care

Less recognised or acknowledged is the impact on the psychological and mental health of teenagers and young adults who because of being undocumented (even if they are born in the Netherlands) if their parents are undocumented, they too are undocumented.

Undocumented youth, whether born in the Netherlands or if they arrived as children or teenagers, have the right to education until they reach the age of 18th. After the age of 18th only the education that was already started, may be finished, including a vocational training. However, to finish a vocational training it is often mandatory to follow successfully an internship, but undocumented are not allowed to follow an internship in the Netherlands.

With this exclusion, their options for the future are set on a pre-determined path of being only able to find employment in the “undocumented sectors” where their parents are employed in informal and exploitative work. It also leads to a rupture with friends from second level education and a break with peers – an important element in personal development; isolation in not being able to share the normal social experiences of teenagers and frequently leads to depression and a sense of a closed future.

As Alma, one such teenager expresses:

“I have done well in my second level education. I don’t understand why I should be excluded and denied the right to pursue my studies and training. And I am afraid to lose my friends as our pathways go separate ways now – they go to university or professional training and I am left outside… but I will continue to live with my dream”. 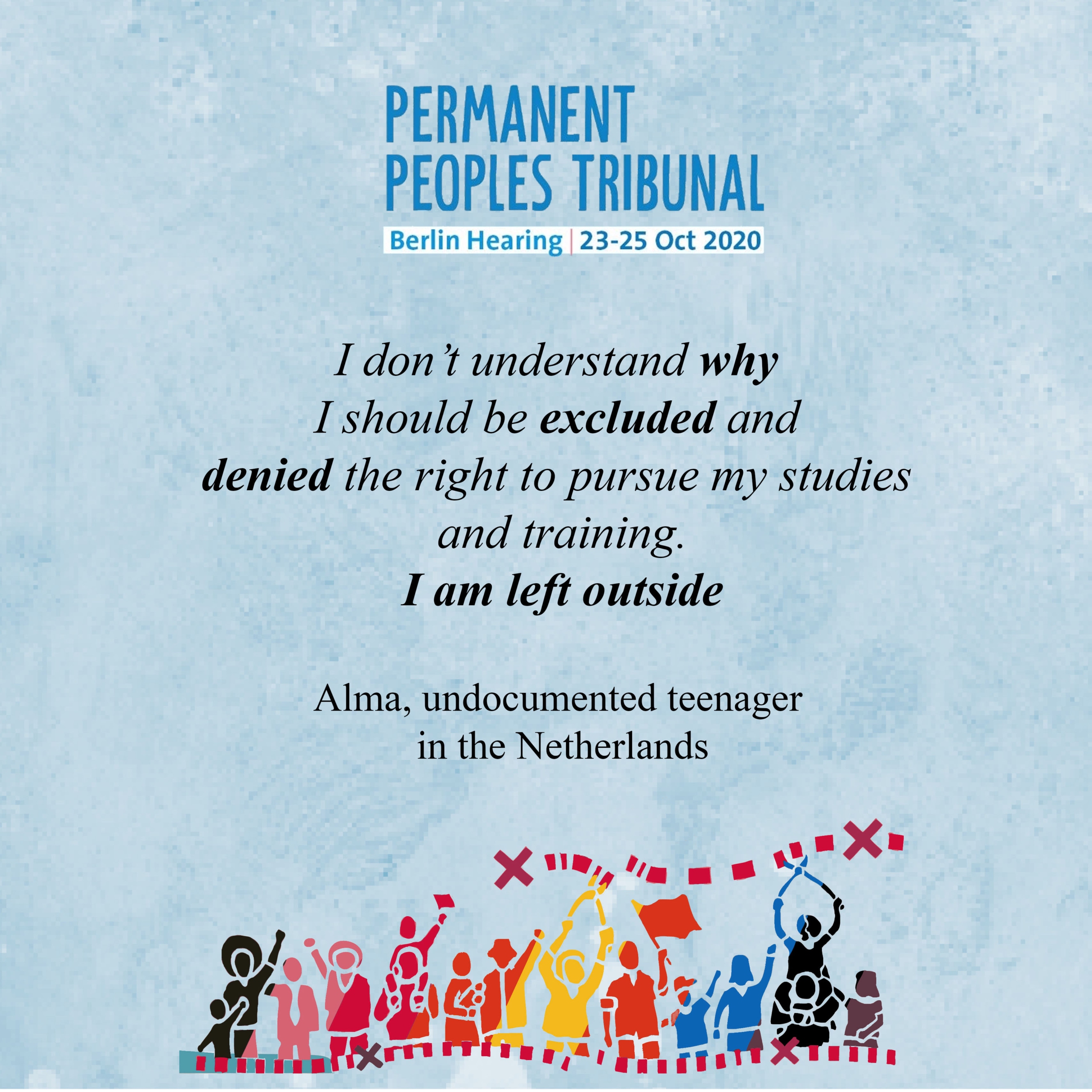 Since identity is a crucial factor in personal and social development – this “crucially different identity” as “undocumented” is a stigma which most teenagers will keep as a secret. It also has a very significant impact on their sense of identify, self-confidence and psychological and mental well-being. It is also linked with the “security” and continued stay of themselves and their parents in the country and leads to anxiety and a strong sense of a deprived future horizon.