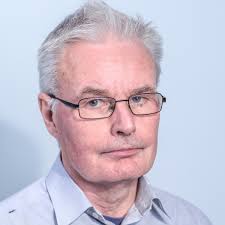 The Permanent People’s Tribunal (PPT) approach to uncovering the inconvenient truths that governments and other elites don’t want you to know about has been around since the days of the war in Vietnam.

In 1979 the tribunal took its present permanent form to provide a structure supporting the complaints of people denied the protection of human rights norms and law.  With a secretariat based in Italy, the PPT provides a means to scrutinise the actions of authorities which follows the structure of judicial inquiry.

It was pioneered in the late 1960’s in the form of a tribunal into war crimes being committed in South East Asia, convened by the two of the foremost intellectuals of the day, Bertrand Russell and Jean-Paul Sartre. Between 1974 and 1976 the tribunal was re-constituted to investigate the crimes of the military dictatorships in Latin America.

Being independent of the structures of the state, the PTT is important because its judgments and decisions rest on the moral weight of the causes and arguments to which they give credibility, as well as the integrity and capability to judge of the Tribunal members. The goal of PPT Sessions is “recovering the authority of the Peoples when the States and the International Bodies failed to protect the right of the Peoples.”

The current inquiry into violations of the rights of migrants and refugees has been taken up out of concern that the new politics that emerged across the world in recent years, with the common features of authoritarian populism and rigid nationalism, is having dire consequences for people who have moved across borders in pursuit of personal safety and improved livelihoods.

The PTT has convened hearings to consider the evidence on these issues in France, Italy and Spain. In November it will be coming to Londonfor a two-day session in order to hear first-hand accounts of the ways in which the lives of migrants have been affected by the toughening of immigration law and policy.

In preparation for the London hearing a team of UK-based migrant and refugee rights experts has been working to draft an indictment, setting out what they believe to be the most dangerous features of the situation in this country.

The indictment centres on the greater risks of exploitation that have been created for migrants by government policies which have undermined workplace rights for decades.  The growth of hyper-casualised, zero-hour contract jobs during this time has impacted on all workers but has had a disproportionate effect on people whose access to protection and rights are often obstructed by their immigration status.

The ‘hostile environment’, the impact of which on long-established migrants from the Caribbeanhas become so well understood since the beginning of this year, has drawn hundreds of thousands more into its maw whose situations are yet to be fully scrutinised by the public.  The London hearing of the PPT will be an opportunity to do that.

Severely shaken by the revelations of extreme hardship imposed on hapless migrant groups, the UK Home Office has tried to defend itself by claiming that the shocking revelations of people losing their rights after forty or more years residence in the UK have been ‘exceptional’ cases brought about by poor decisions on the part of officials.

The new Home Secretary, Sajid Javid, has attempted to salvage the reputation of his department by promising that all will be put right after an internal review of its work has been completed.  In the meantime he has attempted to cover the whole operation under a blanket of secrecy, imposing ‘non-disclosure agreements’on aggrieved individuals as a condition for receiving compensation for the damages they have suffered.

The London hearing of the PTT will provide a opportunity to challenge this attempt at covering up the harm done to migrant and refugee communities. It is expecting to hear evidence from community-based organisations on just how systematic the business of stripping away rights for migrants has been over the years, compelling thousands to seek livelihoods in the most exploitative sectors of the labour market and denying them the right to pursue collective grievances through trade union representation.

The team convening the London hearing have made a public call for submissions of evidence from migrant community organisations, trade unions, legal representatives, faith communities, as well as from individuals who have experienced a violation of their human rights to security and a dignified occupation.

Visit the London hearing’s webpages for details on how to submit your evidence, or get in touch with the team of convenors to find out more about plans for the hearing in November.

Don Flynn is a former director of the Migrants’ Rights Network and a past chair of the Platform for International Cooperation on Undocumented Migrants (PICUM). He is a co-convenor of the London hearing of the PPT on violations with impunity of the rights of migrants and refugees.

Crimes against humanity at European borders: Conclusion of the Hearing of Barcelona... Members of Jury hearing in London
Scroll to top